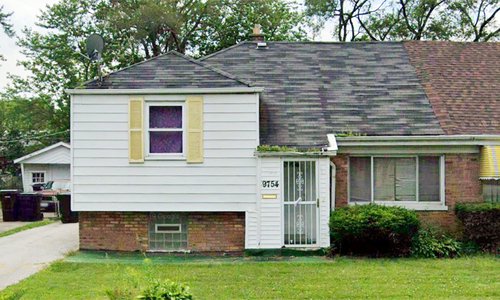 A fantastic investment opportunity, this property offers annual rental returns of 8.50%* and is comprised of a single-family home, originally constructed in 1945. The house offers a spacious living area of 91.7m2 and has 4 bedrooms, 2 bathrooms, large kitchen, dining room and living room. Moreover, the property has a large finished basement, a detached garage with one parking spaces and a spacious fenced in back yard.

Furthermore, the property is ideally located in a quiet neighborhood with walking distance from the Marian R. Byrnes Park which is one of the largest natural areas in Chicago.

Our real estate team have identified the Jeffrey Manor area, as one that is primed for real estate investment in 2021. Jeffery Manor is part of the Chicago South Side. This neighborhood is an atypical Chicago neighborhood because the curving street layout differs from the rest of Chicago. This quirky street pattern gives Jeffery Manor a unique character that its residents are endeared to. Jeffrey Manors is a suburban area with extra space, green areas, trees and backyards. It is forecasted that the total appreciation for houses in this area will be increased up to 24,55% over the next 3 years.

There is one existing subsidised tenant in place and returns start as soon as the property is closed.

This property has undergone a detailed property inspection and has been recently refurbished.