Chicago is located in the Midwest on the shoreline of Lake Michigan in north-eastern Illinois. Chicago has nearly 10 million residents and is among the world’s 30 largest metropolitan areas. The city boasts 26 miles of lakefront with 15 miles of sandy beaches, a 19-mile bike path, and hundreds of beautiful parks like Millennium Park and Lincoln Park, all nestled within a skyline of architectural wonders.

Chicago is the third largest city in the U.S., after New York and Los Angeles, with a population of 2.7 million inhabitants. Cost of living in Chicago is 40% cheaper than Los Angeles and 30% cheaper when compared to New York making Chicago one of the most desirable cities to live. In 2018 Chicago was ranked best city by the Time Out magazine in their annual City Life Index.

Chicago is a business and cultural hub. The Chicago area has one of the highest gross domestic products (GDP) in the world, generating more than $709.2 billion in 2020 and has grown by nearly 22% over the last 5 years. If Chicago was a country it will be the 19th largest economy after the Netherlands and before Saudi Arabia, Switzerland or Argentina.

An overview of Chicago

The city is an efficient economic powerhouse, home to more than 400 major corporate headquarters, including 34 in the Fortune 500. It is a top corporate metro for new and expanding companies. In 2020, for the 8th consecutive year, Site Selection magazine ranked Chicago "Top Metro" in the U.S. for corporate expansion.  Fortune 500 companies with offices in Chicago include Boeing, Walgreen Company, Allstate Corporation, Kraft Foods Incorporated, McDonald’s Corporation, Abbott Laboratories, Exelon, and key derivatives exchanges (Chicago Mercantile Exchange (CME), Chicago Board of Trade (CBOT).

Since the 1850s Chicago has been a world center of higher education and research with several universities in the city proper or in the immediate environs. The University of Chicago Booth School of Business founded in 1898 is the second-oldest business school in the U.S. and is associated with 9 Nobel laureates in the Economic Sciences, more than any other business school in the world. Their exclusive MBA (Master of Business Administration) course at the University of Chicago ranked at the 1st place by both Forbes and Economist in 2019. The Economist also ranked Chicago 1st each year from 2012 to 2016. In 2020, it is ranked 3rd by Financial Times and 6th by the Economist.

Chicago is known for its vibrant arts scene, numerous cultural attractions, excellent shopping, and interesting architecture. The city enjoys a worldwide reputation as a focal point of 20th century architecture and art, with architects such as Louis Sullivan and Frank Lloyd Wright, and artists like Picasso, Chagall, Dubuffet, and Miro having left their mark. Chicago is also home to several sports teams: The Bears (American football), the White Sox and Cubs (baseball), and the Bulls (basketball) and their worldwide recognised player Michael Jordan. Chicago is also home to some famous celebrities. Michele Obama, Harrison Ford, Cindy Crawford or Walt Disney to name a few were born and raised in Chicago.

With more than 55 million visitors annually, Chicago is the second most visited city in the U.S.. Chicago's O'Hare International Airport is routinely ranked among the world's top six busiest airports according to the Airports Council International. Furthermore, the luxury and lifestyle travel magazine Conde Nast Traveller has voted Chicago in 2020 as the best large city in the U.S. to visit for an unprecedented fourth year in a row.

Some of the most famous city landmarks in Chicago include Millennium Park, Navy Pier, the Magnificent Mile, the Art Institute of Chicago, Museum Campus, the Willis (Sears) Tower, Grant Park, the Museum of Science and Industry, Lincoln Park Zoo, the Harold Washington Library Centre.  Chicago has more bridges than any other city. There are 37 movable bridges that spread across the Chicago River. 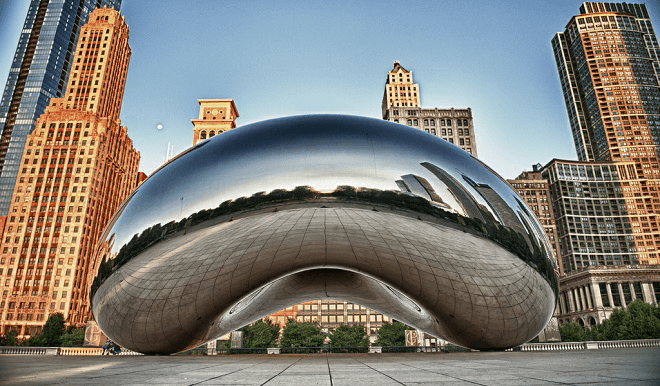 Also the green space in Chicago is a must visit. The largest park in the City of Chicago is the Lincoln Park, and another great example of a community park is the historic Jackson park and South Shore golf courses. This is under transformation and the whole $30 million project would upgrade the area and transforming them into a into a single 18-hole championship 1 course designed by Woods, and a shorter course for children and families. 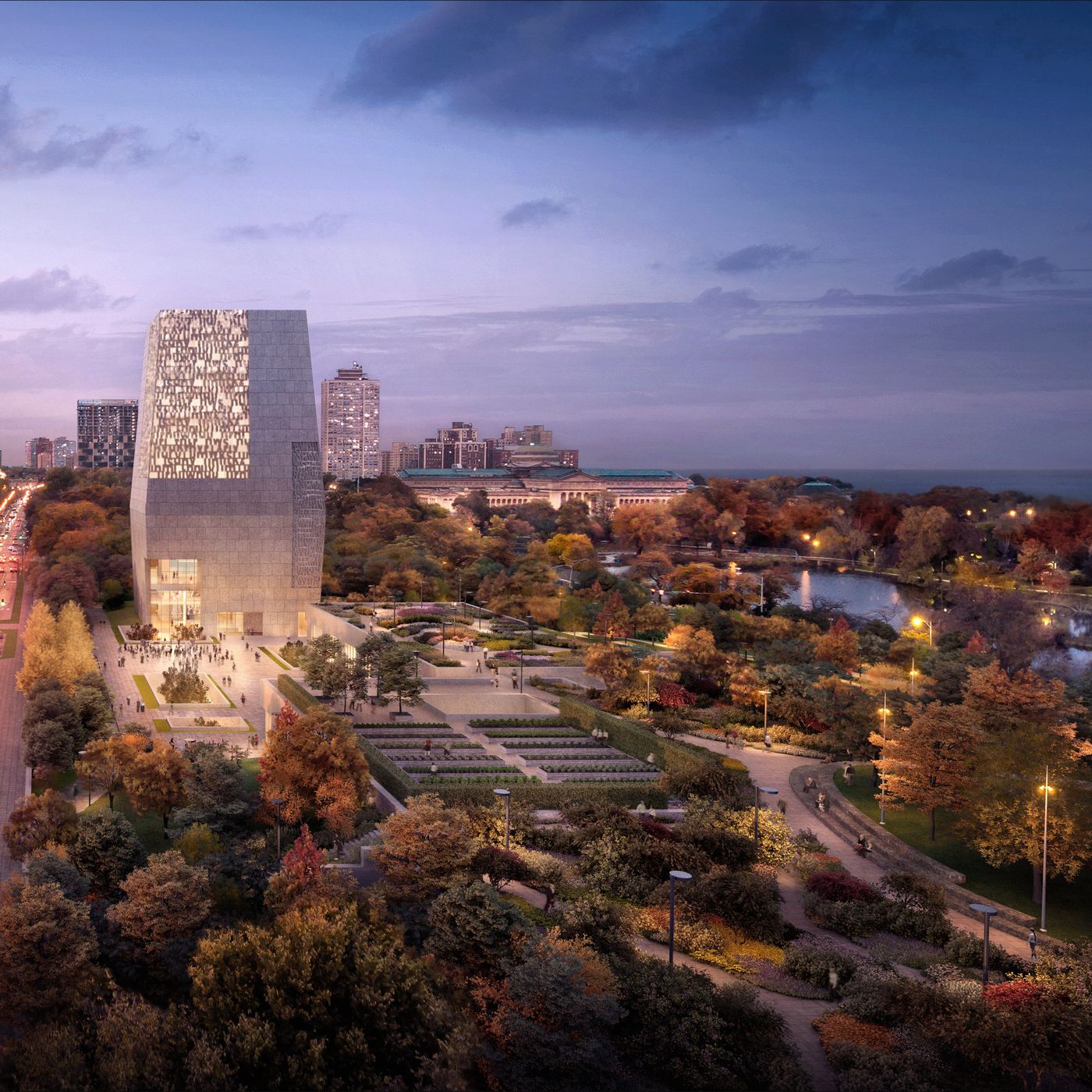 Much of the Housing Stock in Chicago was built prior to World War II, making it one of the most historic cities in the country. The buildings of Chicago have influenced and reflected the history of American architecture. Frank Lloyd Wright, the greatest American architect, born in Chicago and has influence the Chicago’s architecture as well as architects in all over the world. In Chicago was built the 1st World’s skyscraper in 1885 and many others skyscrapers built created the big Chicago’s skyline that changes and extended all the time.

Barak Obama Presidential Center, a $2bn development, planned to be developed in Hyde Park on the city's South Side is going to improve significantly the City and attract private investments to the area which will help increase values and demand over the coming years.

Property investors looking for above market yields in a liquid market have a unique option in Chicago. It enjoys a powerful economy similar to large markets like New York and Los Angeles at a fraction of the price.

With a median monthly rent of $1,722 per month, and a rental vacancy rate of 7.4%, Chicago offers one of the most attractive rental markets across the country providing an excellent opportunity for those investors seeking rental yield.

Chicago area home sales prices are soaring for the first time in years as the economy rebounds from the pandemic. Homebuyers took advantage of record-low mortgage rate. The market data reflects this, with significant increases in closed sales and median sales prices, and a drop in inventory, compared to last year. 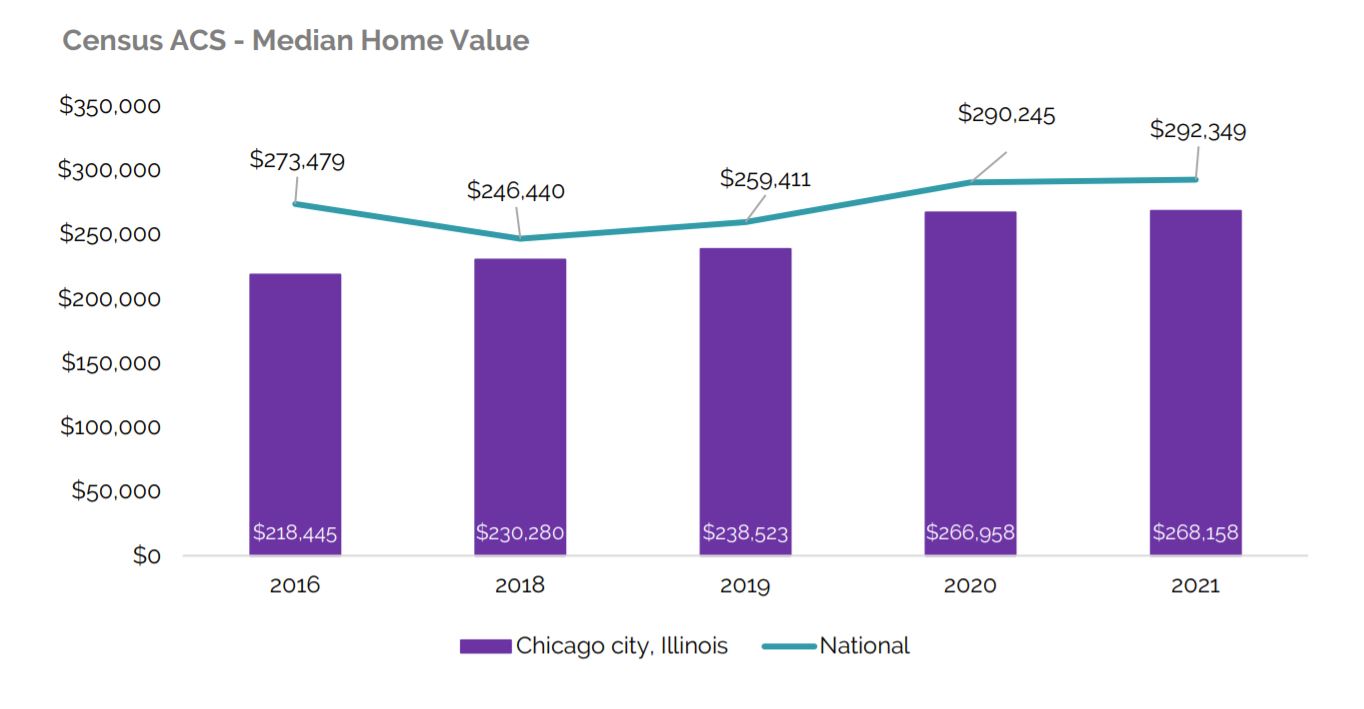 Our properties in Chicago