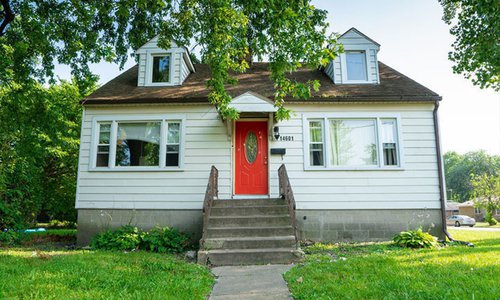 A fantastic investment opportunity, this property offers annual rental returns of 9.39%* and it is comprised of a single-family house, originally constructed in 1954. The property offers a spacious living area of 72m2 and has 3 bedrooms, 1 bathroom, kitchen and a living room.

Furthermore, the property is ideally located in Dalton, a suburban area located southwest of Chicago with many green spaces and schools, meaning it is extremely suitable for families and professionals.

Our real estate team have identified Dolton, as one that is primed for real estate investment in 2021. Dolton is a suburb of Chicago, and it is located about 21 miles south of the downtown Chicago. Dolton neighborhood has a dense suburban feel with 4,490 people per square mile surrounded by green areas and the river. The public schools in this neighborhood are above the average. It is forecasted that the total appreciation for houses in Dolton will be increased up to 14,82% over the next 3 years.