Philadelphia is a bustling city located in the heart of Pennsylvania and is the sixth-largest city in the U.S., behind New York, Los Angeles, Chicago, Houston and Phoenix. The city is home to the biggest community in Pennsylvania with 409 constituent neighbourhoods. It has a very rich history, being the location of the signing of the Declaration of Independence, home to the Liberty Bell and one of only 3 cities where U.S. Congress has ever convened.

'Philly' is the powerhouse of Pennsylvania’s Philadelphia-Camden-Wilmington metropolitan area that has a GDP of over $439 billion, the fourth largest in the nation. There are headquarters of 12 Fortune 500 companies and five Fortune 1000 companies in the city centre.

Sentiment amongst real estate developers and investors in the city is strong, with $3.4 billion invested across 26 major projects between the pandemic years 2020 to 2021. Residential was the largest recipient of this investment with 3,733 new units provided.

An overview of Philadelphia

Philadelphia’s current population stands at 1,603,797 from the 2020 census. Population growth is being driven by the city and its suburbs, having grown by 5% in the last ten years. Year-on-year population is growing by 0.1% and the population of Philadelphia is projected to reach 2.1 million people by 2050.

Historically, as Philly grew she played a key part in the American Revolution and became the centre of finance in the U.S. with the first stock exchange established in 1790. Although major institutions have subsequently relocated, the city remains a key global financial services player. 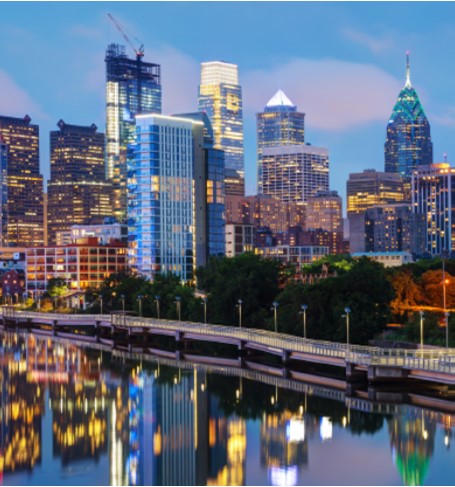 Philadelphia has become a bustling city with a young population - approximately 28.9% are in their 20s and 30s. Philadelphia citizens are well educated, with 31.23% of adults possessing at least a bachelor’s degree, compared to the national average of 32.9%.

Philly's vast range of economic sectors has shifted towards an information technology and service-based economy in the last few years. At the top, healthcare accounts for the largest part of the economy, with local government, education and research and financial services also playing an important role. The per capita income in Philadelphia in 2020 was $69,705 – around 17.1% higher than the national average.

With the post-pandemic return of large events, Philadelphia has been voted by Conde Nast as one of the 20 “Best Destinations in the World” to visit in 2022. The city has one of the oldest and largest collection of urban parks in the U.S. and is internationally renowned for its vibrant music scene and live performances. 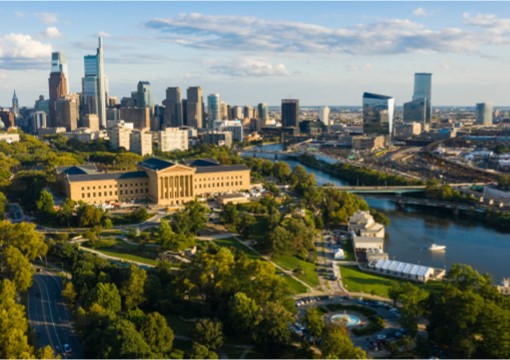 The city of Philadelphia has one of the oldest architectural legacies in the USA, combining a mix of historic and modern styles. Buildings reflect the very first structures built from logs and brick, to the prominent steel and concrete skyscrapers that now dominate the landscape. Historic buildings include the Library Hall, Old Swedes Church, the Bank of Pennsylvania and the University of Pennsylvania.

According to Neighbourhood Scout, the predominant housing stock in Philly are Townhouses at around 58.2%. Philadelphians primarily live in 3-bedroom units found in Townhouses and single family houses. According to Neighbourhood Scout, most of the housing stock in Philadelphia, about 46%, are 3-bedroom houses. 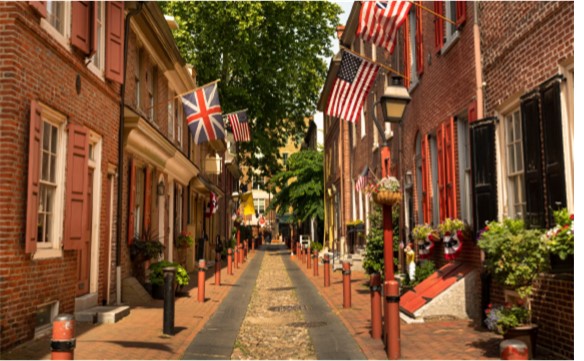 Rents in Philadelphia have consecutively risen between the years 2016 to 2021. Zumper states that the median rent in Philadelphia is $1,775 per month for a 3-bedroom apartment. Over the same period the number of renter-occupied households in the city has grown by an estimated 46%, driven by demand from those unable to purchase their own home, university students and singles. 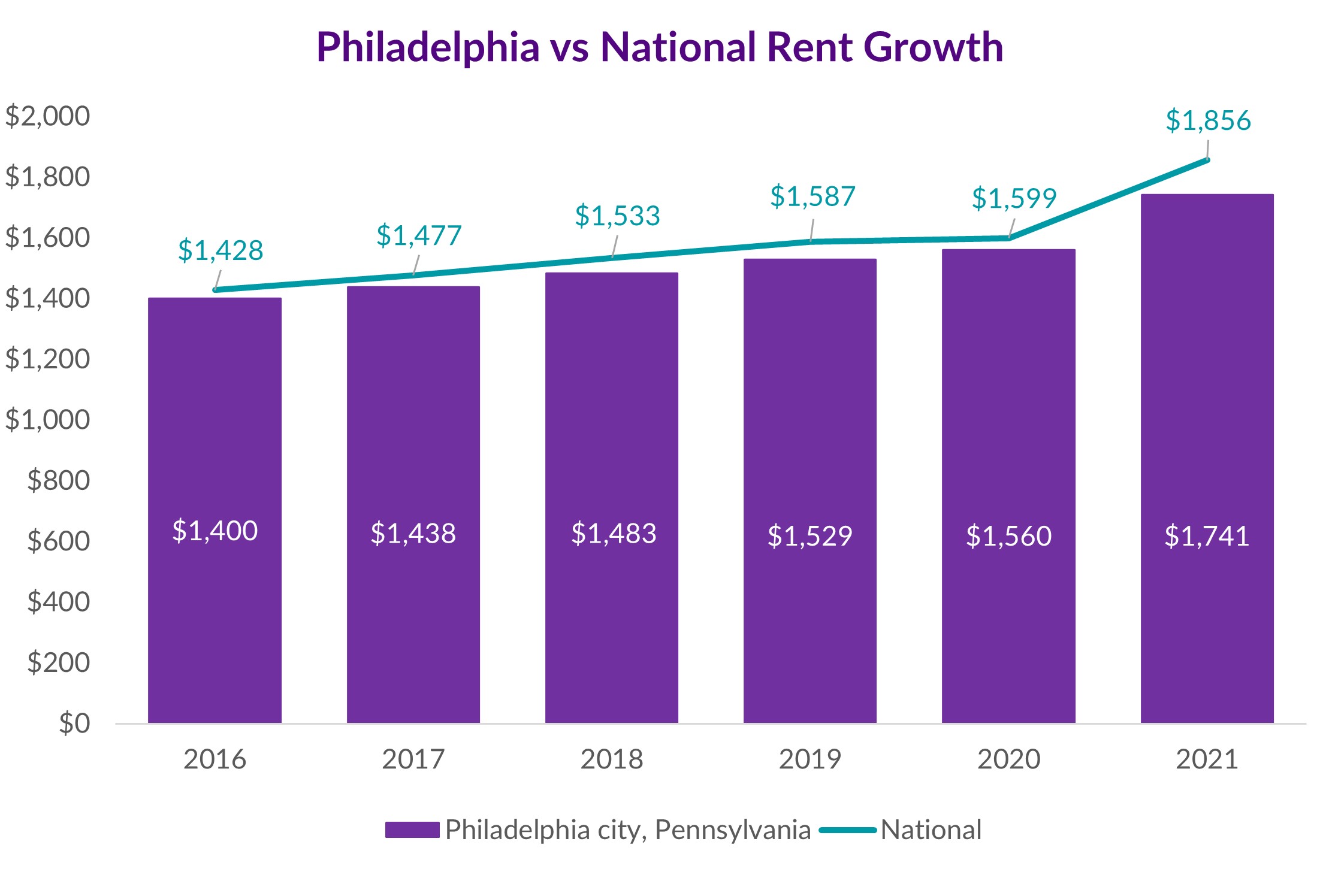 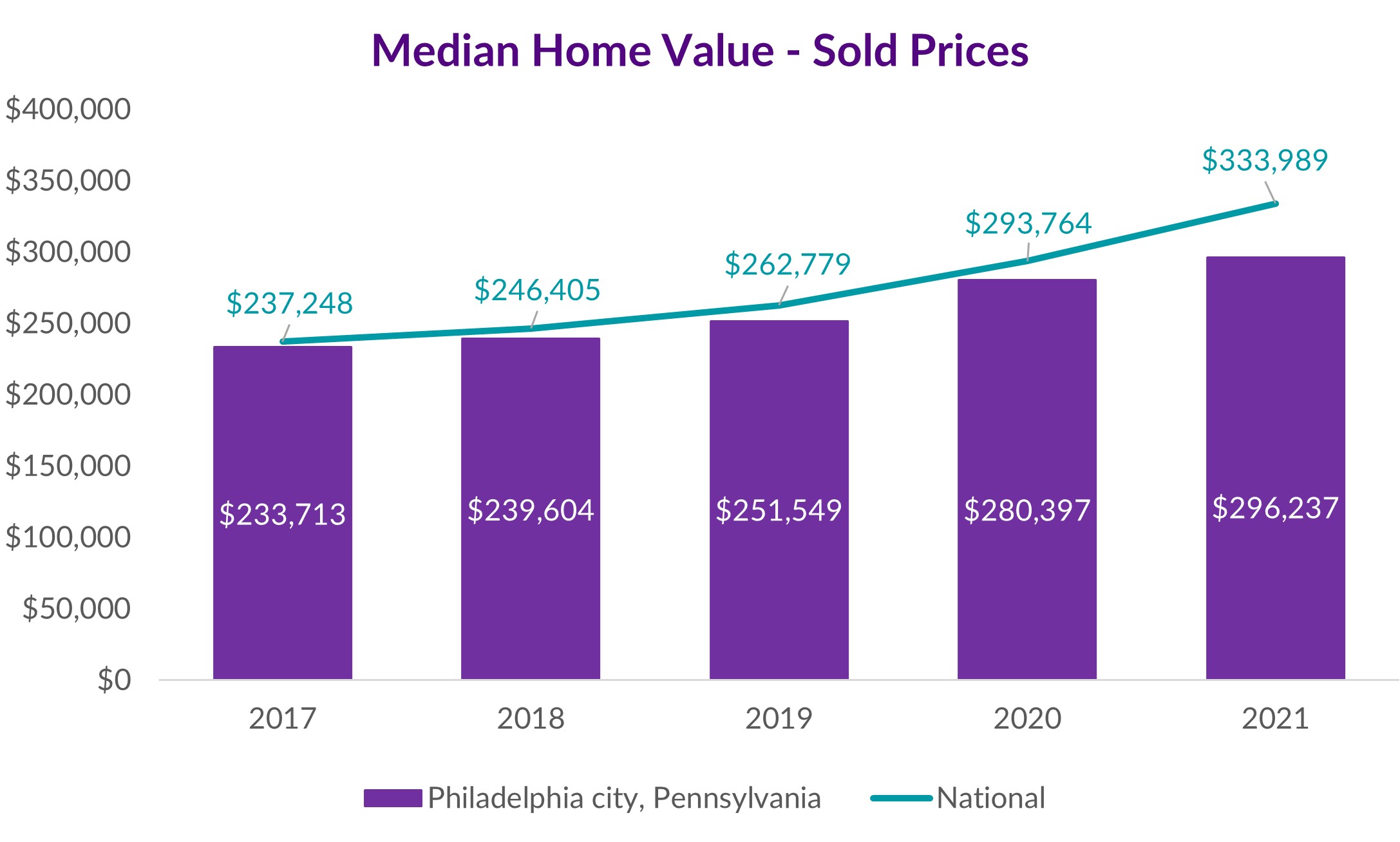 Our properties in Philadelphia