Detroit is the largest and most populous city in the state of Michigan and the second-largest metropolitan area in the Midwest after Chicago. Detroit has 639,111 residents and is the 27th-most populous city in the United States. The city of Detroit boasts a total area of 142.87 square miles, of which 138.75 square miles is land and 4.12 square miles is water. The Detroit River International Wildlife Refuge is the only international wildlife preserve in North America and is uniquely located in the heart of a major metropolitan area. The Refuge includes islands, coastal wetlands, marshes, shoals, and waterfront lands along 48 miles of the Detroit River and Western Lake Erie shoreline.

Detroit is the city that connects US with Canada through the Ambassador Bridge and the Detroit-Windsor Tunnel, which both link Windsor, Ontario and Detroit. Detroit is only 1.75 miles of steel and concrete away from Canada and less than 4 hours driving distance from Toronto. According to a study conducted by the Border Transportation Partnership, a statistic revealed that US$13 billion in annual production depends on the Detroit–Windsor international border crossing.

The cost of living in Detroit is 32% cheaper than Los Angeles and 45% cheaper when compared to New York making Detroit one of the most affordable cities to live in. Detroit was ranked by Forbes, as one of the best places for business and careers in the U.S., with the city home to a variety of companies in emerging technologies such as nanotechnology and hydrogen fuel cell development. The number of millennials in Detroit is steadily increasing and according to the Detroit Chamber of Commerce, metro Detroit noticed the second-highest growth among peer cities for people between the ages of 24 and 35 over the previous decade, ranking second among peer cities overall. Millennials are attracted to Detroit by the low cost of living, affordable rentals, and vibrant neighbourhoods.

View our Detroit properties
Detroit at a glance

An overview of Detroit

The City of Detroit is the second-largest regional economy in the Midwest, behind Chicago and ahead of Minneapolis–Saint Paul, and the 13th-largest in the United States. Detroit is the birthplace of the auto industry and Motown. It is the centre of the U.S. automobile industry, and the "Big Three" auto manufacturers General Motors, Ford, and Stellantis are all headquartered in Metro Detroit. As of 2007, the Detroit metropolitan area is the number one exporting region among 310 defined metropolitan areas in the United States. Several major corporations are based in the city, including 27 Fortune 500 companies based in Michigan and 17 of them have their headquarters in Detroit. Key industry sectors in Detroit are manufacturing, particularly automotive, finance, technology, and health care.

Detroit is a major cultural centre and is known for its contributions to music , art, architecture and design, along with its historical automotive background. In 2015, Detroit was named a “City of Design” by UNESCO, the first US city to receive that designation. The Detroit Institute of Arts (DIA), located in Midtown Detroit has one of the largest and most significant art collections in the United States. Detroit’s diverse culture has local and international influence, particularly in music, with the city giving rise to the genres of Motown and techno and playing an important role in the development of jazz, hip-hop, rock, and punk music. 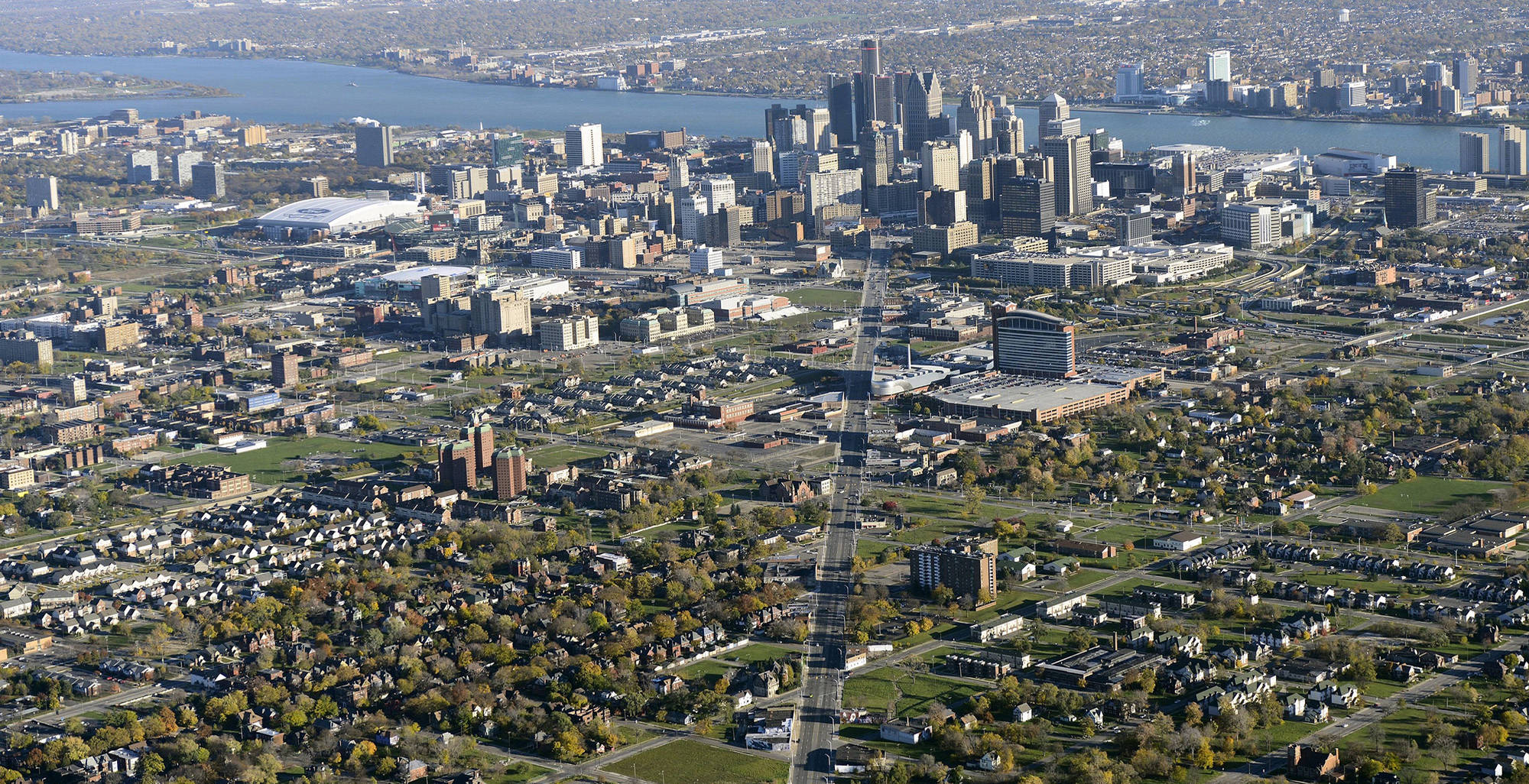 With more than 16 million visitors annually, Detroit ranked in 2018 as the No.2 in Lonely Planet world's top travel destination annual list. Tourism in metropolitan Detroit, Michigan is an important sector for the region’s culture and a significant pillar of its economic growth. The city of Detroit has three international border crossings, the Ambassador Bridge, Detroit–Windsor Tunnel and Michigan Central Railway Tunnel, linking Detroit to Windsor, Ontario.

Some of the most famous city landmarks in Detroit include the Joe Louis Monument, Michigan Labor Legacy Monument, Michigan Soldiers and Sailors Monument, International Memorial to the Underground Railroad and Waiting Statue. The Detroit Windsor Tunnel is the first traffic tunnel between two nations connecting the cities of Detroit, Michigan, United States and Windsor, Ontario, Canada. In addition, Detroit has the Ambassador Bridge, a tolled, international suspension bridge across the Detroit River connecting both cities as well. This bridge is the busiest single border crossing in North America. 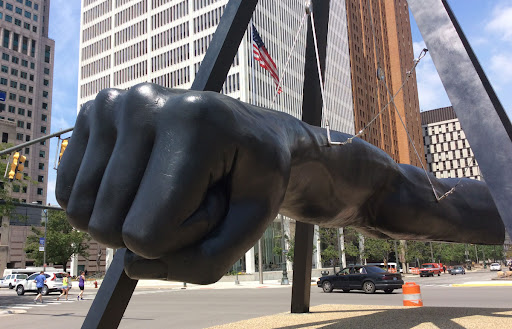 Detroit is a city with many parks and natural attractions. According to the Trust for Public Land, 80 per cent of Detroiters have ready access to a park within a 10-minute walk from their home. The Rouge Park is the largest park in Detroit that is located ten miles from downtown Detroit. It covers 1,184 acres, by comparison, Belle Isle, the second largest green space in Detroit is 982 acres and New York's Central Park is 843.

Detroit architecture shows a big variety of architectural styles and is one of the world's recognizable skylines and has substantial activity in urban design, historic preservation, and architecture. The city of Detroit has one of the largest surviving collections of late-19th- and early-20th-century buildings in the U.S. and has listed many of Detroit's skyscrapers and buildings as some of America's most endangered landmarks. 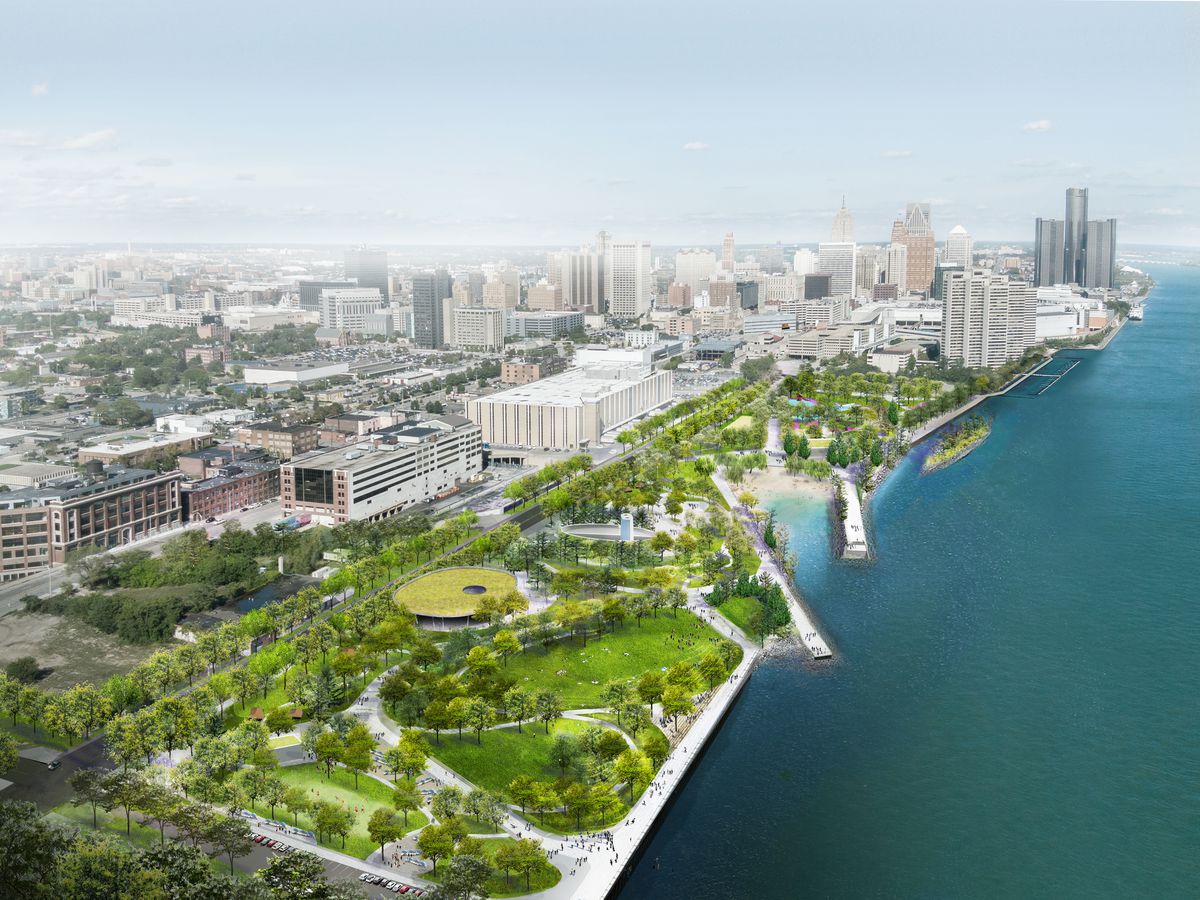 Many young professionals choose Detroit joining the commercial boom and rebirth of the city escaping the exorbitant costs of the coasts. Detroit’s Housing, Planning, and Development group focused on investing within the neighbourhoods that surround the city and not only in the tourist areas of downtown. This revitalization project includes the renovation of many homes and abandon buildings and developing commercial spaces within walking distance of neighbourhoods.

Several downtown redevelopment projects—of which Campus Martius Park is one of the most notable—have revitalized parts of the city. The Detroit International Riverfront includes a partially completed three-and-one-half-mile riverfront promenade with a combination of parks, residential buildings, and commercial areas. Downtown is home to the second tallest hotel in the entire USA and the Detroit Marriott at the Renaissance Centre was the country’s tallest hotel up until December of 2013. 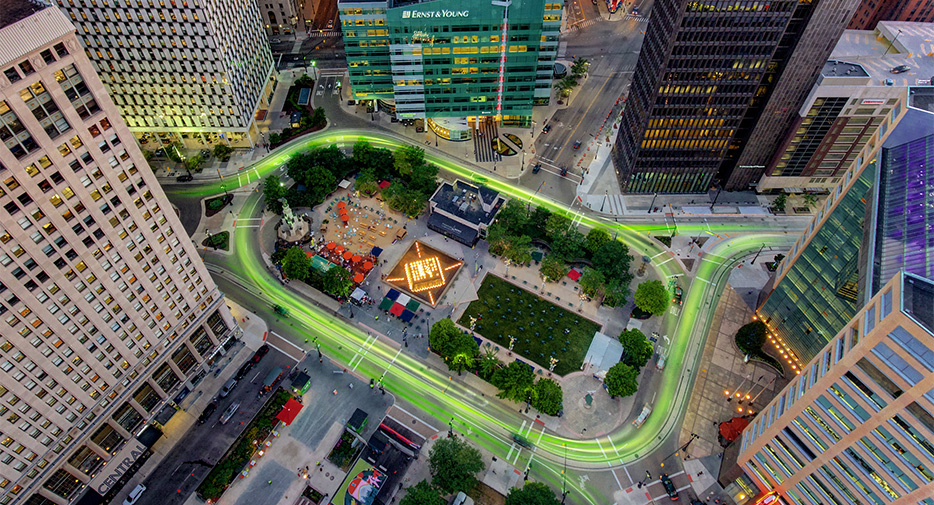 Property investors looking for above-market yields in a liquid market have a unique option in Detroit. The purchase prices in Detroit for a single-family home is significantly less than $100,000, giving the opportunity for rental investors to enjoy significant returns and cash flow.

The median home value in September 2021 was $229,674 compared to $508,297 in New York and $817,218 in Los Angeles. This allows more people in Detroit to afford a house and why Detroit homeownership rates are 71.8% compared to about 50.9% in LA and NY. With a median monthly rent of $1,348 per month and a rental vacancy rate of 5.7%, Detroit offers one of the most attractive rental markets across the country providing an excellent opportunity for those investors seeking rental yield.

Despite the pandemic last year, the housing market in Detroit has increased and the sale prices remained at a strong level. Although COVID-19 certainly had a strong impact on the economy of the region, low interest rates remain, and demand continues to outpace the supply of properties. Attracted by the low prices in Detroit, the demand for single-family rentals is skyrocketing and has increased 19.1% since last year. The housing market in Detroit grew throughout the pandemic and the real estate investors can expect a continued increase in the following years as the demand for housing continues to exceed supply. Moreover, the city of Detroit has committed to building 12,000 affordable housing units by 2023. Expanding new construction of affordable housing will bring more stability to Detroit's housing market in long term. 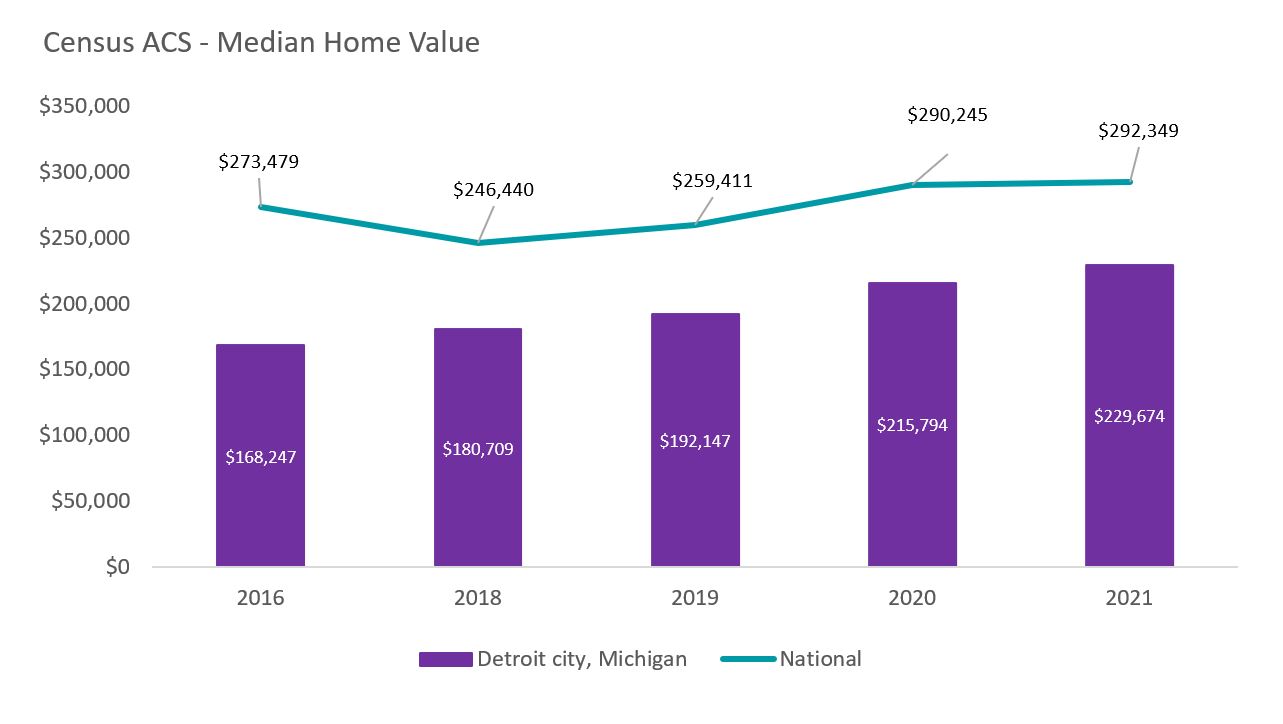 Our properties in Detroit